It was great to see everyone yesterday and we welcomed some new members too! 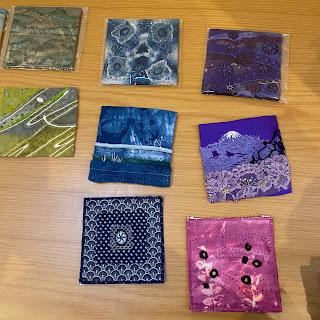 Several of our members belong to Textilia III and we were joined today by Catherine Slater another Textilia member. Textilia III is a Yorkshire based textile group formed in 1995 following founder members' participation in City & Guilds. What was really interesting to hear about was their 'Group Critique'. We all get stuck sometimes and having a critical friend can really help. It sounds a bit daunting but as it was explained to us what emerged was a supportive commentary that members received. 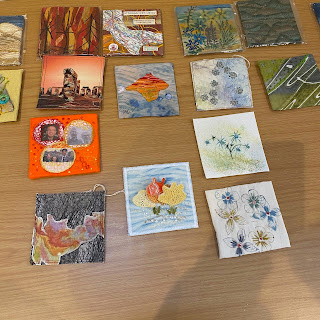 Textilia have had project running over lockdown, similar to our 4" squares but a little more challenging than a monthly colour theme. They had 3 jars, one with a selection of techniques on slips of paper,

one with colours and one with
prompts/themes. A random slip is taken from each jar and that becomes the prompt. Some were a little easier to make than others but they were all lovely. It's a great idea!

Members have all been busy, not least Jackie who has produced yet another lovely book. 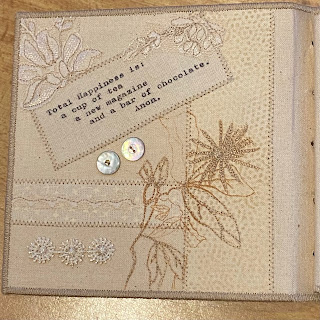 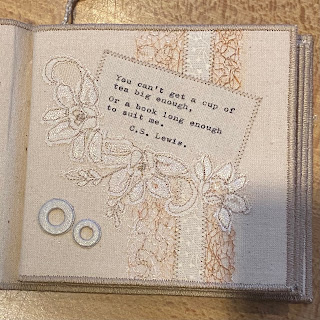 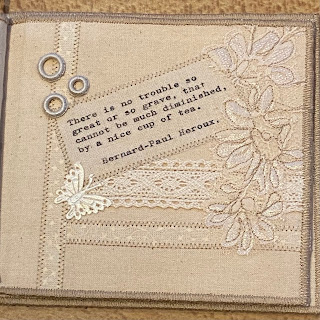 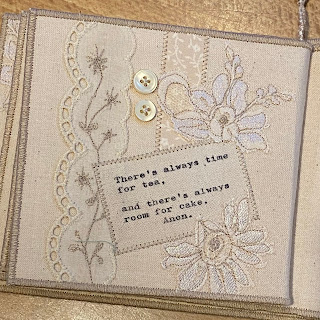 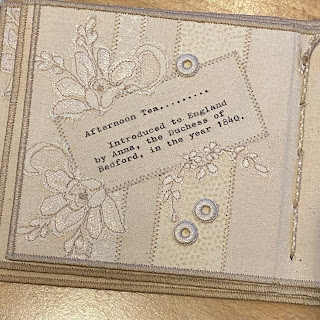 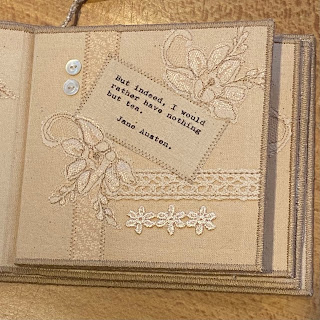 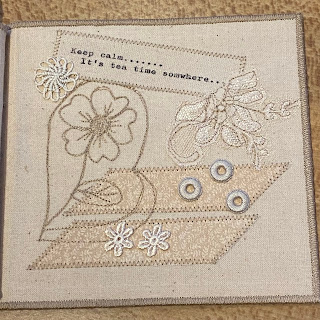 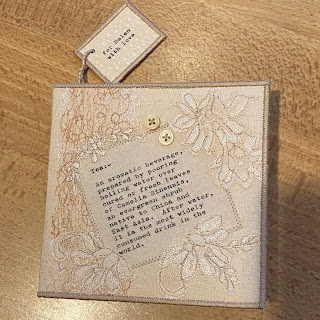 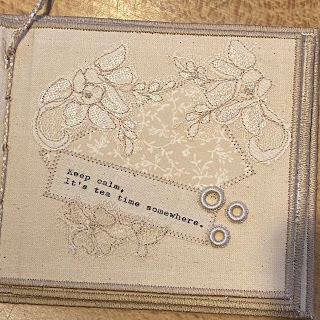 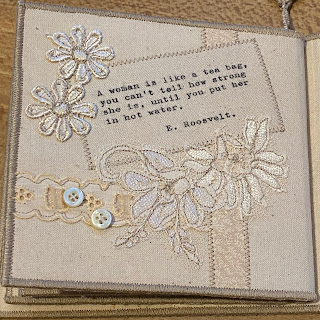 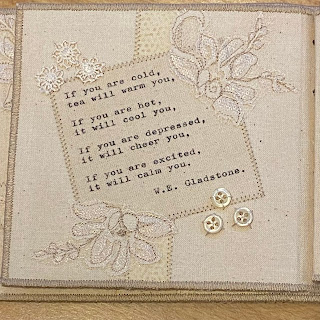 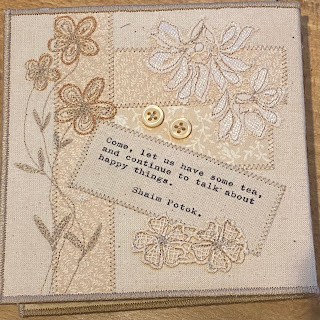 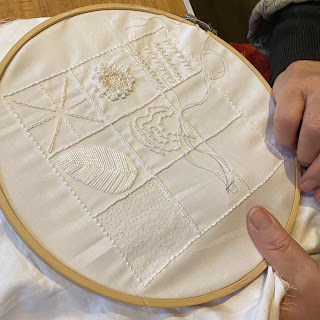 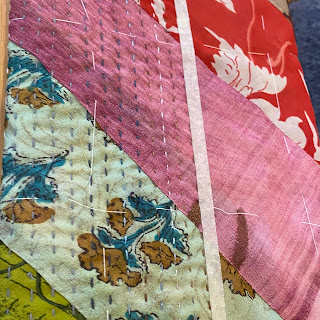 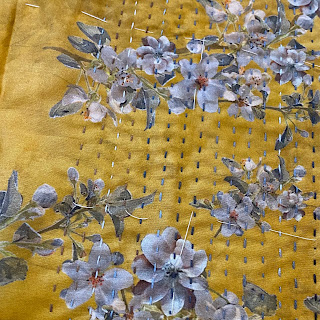 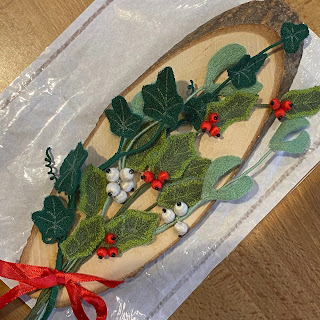 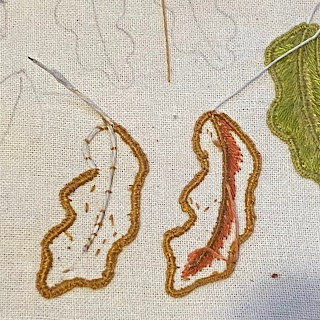 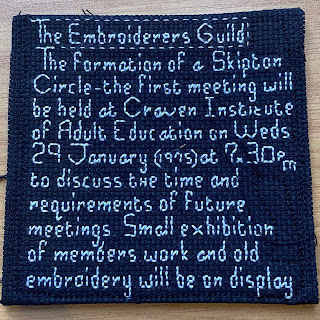 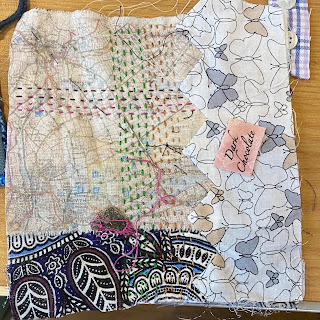 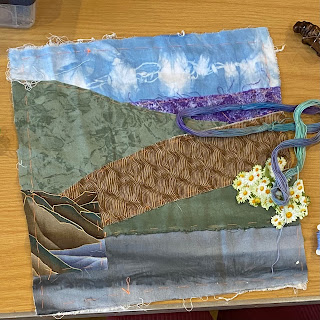 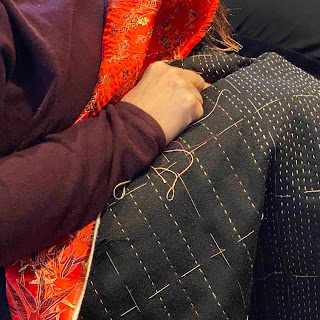 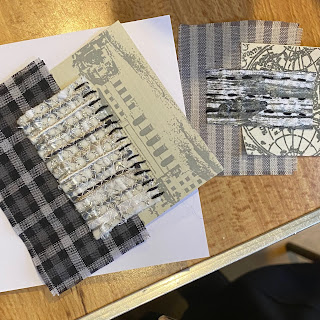 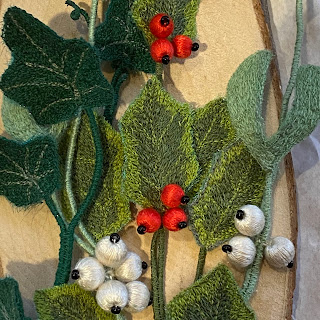 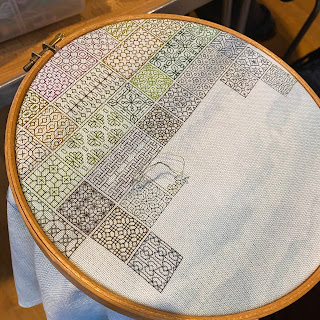 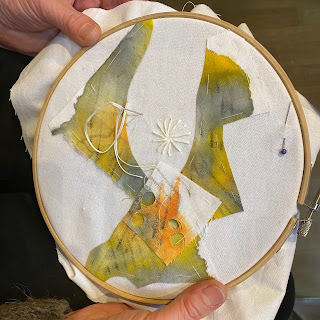